The Paine Field Passenger Terminal is located at:

Or use the Waze map below.

Snohomish County’s Paine Field Airport (PAE) was built in 1936 and has had a critical role both regionally and nationally as the manufacturing and testing center for Boeing’s widebody aircraft, including the 787, 777, 767, and 747. It is the site of the Future of Flight Aviation Center and Boeing Tour, as well as other significant aerospace attractions. Paine Field also is home to a large and vibrant general aviation community. Commercial air service was launched here in March 2019. Below are answers to some frequently asked questions. 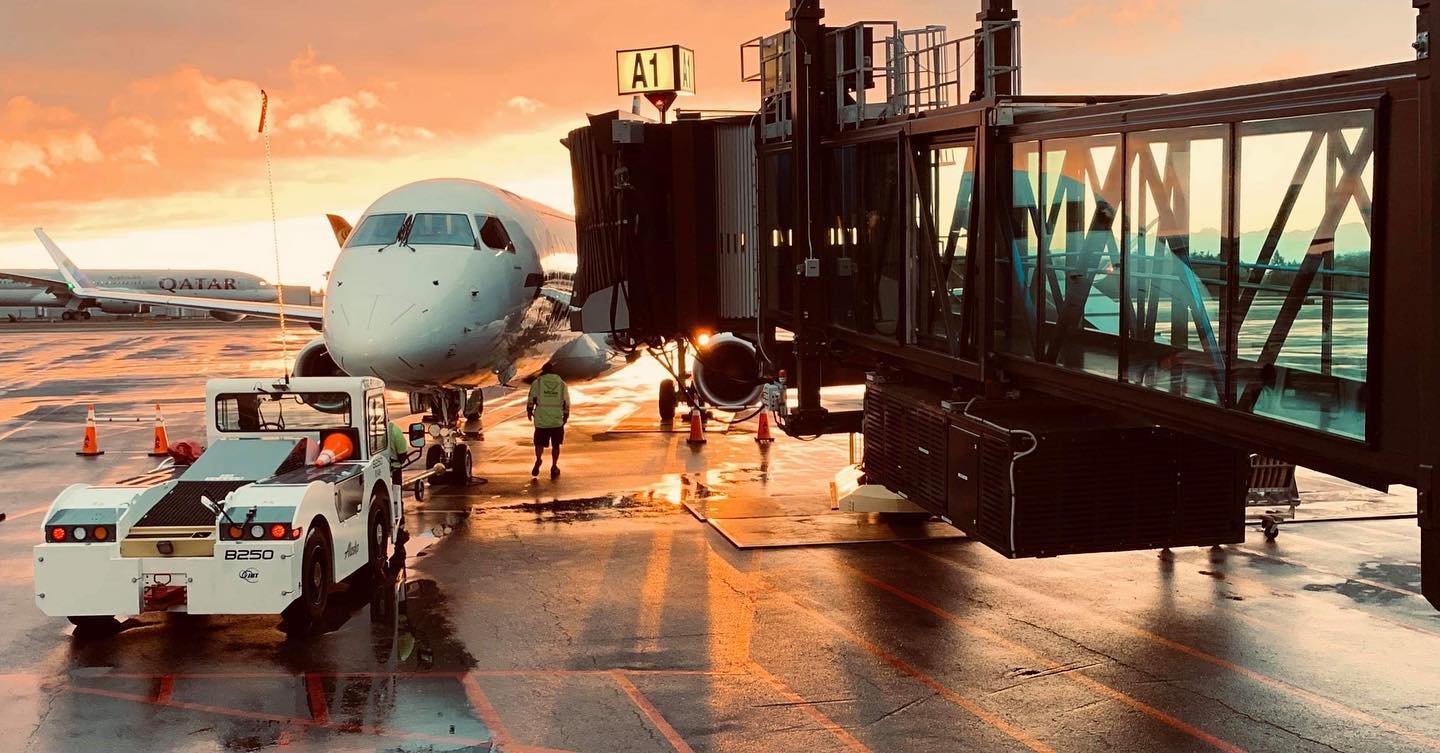 How big is the terminal?
The terminal building is approximately 30,000 square feet with two gates. The state-of-the-art terminal is intended to feel more like a lounge. The building has a number of amenities that are not typically seen at commercial terminals, including high-speed internet and power at every seat.

Where can I park?
The terminal offers valet parking, paid parking, ride share services and other convenient ways for people to get to and from Paine Field Airport. See flypainefield.com for details.

Will there be an economic benefit for our community from commercial air service?
Paine Field has an annual impact of more than $60 billion on our economy, primarily due to the aerospace companies that are based at or near here. Commercial air service gives our region an additional transportation asset, providing significant benefits to the travelling public and making our region more attractive for investors and companies looking to relocate.

Will there be noise impacts from commercial air service and who controls flight paths anyway?
With the addition of commercial air service at Paine Field and the expected 24 departures per day, we expect a 6 percent increase in take offs and landings. Since the airlines have committed to using the Embraer E-175 and Boeing 737 planes, two of the quieter commercial planes in service, we don’t expect neighbors will notice much of a change. The Federal Aviation Administration controls all aircraft in the United States from takeoff to touch down. As such, the FAA will control all flight paths into and out of Paine Field. However, the airport is not aware of any planned changes to the existing flight patterns.

Who will run the terminal?
While Snohomish County owns Paine Field, we have signed an innovative lease with Propeller Airports, a private company, to design, build, and operate the terminal. This public/private business arrangement will provide a vital public service for those who live in the region, while also insuring taxpayers don’t have to foot the bill.